How Much Does Social Media Engagement Count? A Complete Guide

Social media engagement. It’s an umbrella term that covers so much. On Instagram, engagement means comments, likes, reshares and views for video content. On Twitter, it means how many Retweets, clicks, favorites and impressions a Tweets get, and they are all important metrics.

After all, there is no such thing as reaching a maximum level of engagement, and the more engaged your audience is, the more you can hope to show up in other people’s feeds by making the different social media algorithms work for you. In this post, we look at what engagement means on the popular social media platforms like Facebook, Twitter and Instagram, including some of the known ranking factors for each.

Facebook has been clear on one thing since 2018: It wants to put friends and family first, and prioritize posts that spark meaningful interactions between its users. The way the platform’s algorithm does that is it uses signals like how people are reacting to, commenting on or sharing posts to determine which ones users should see, and in what order, every time they check their feed.

Read moreHow To Set Up An Instagram Shop For Your Business

Additionally, since 2020, Facebook has been working to give its users more control over what they see with mini surveys and buttons you can click to know why a particular post is showing up on your feed. This means marketers have extra work to do to get their content in front of their audience. Read also : What’s New On Facebook For Businesses | The Low-Down On Facebook Shop, Facebook Pay & More Updates. In 2021, this means:

Recency is a ranking factor in Facebook’s algorithm so post your content when your audience is online. On the same subject : Who Has The Most Followers On Instagram? And What They Are Doing Right. Brands often find that this is between 9am and 2pm on Tuesdays, Wednesdays and Thursdays, but of course, there is no hard and fast rule and you’ll need to test and benchmark the times when your posts get the most engagement.

Facebook says it: Videos drive more engagement than other post types and live videos drive 6 times more interactions than regular videos. Additionally, in May 2019, Facebook also announced that it will be making updates to its video ranking, helping people discover more great videos.

Then, of course, if you want people talking about you, you have to encourage conversation. Read also : How To Use Facebook Live For Business – Part 1…or start it. One of the key ranking signals of Facebook’s algorithm is whether a user previously engaged with a Page, so strive to start conversations with your customers with playful question-based posts or leverage your employees to talk about you. 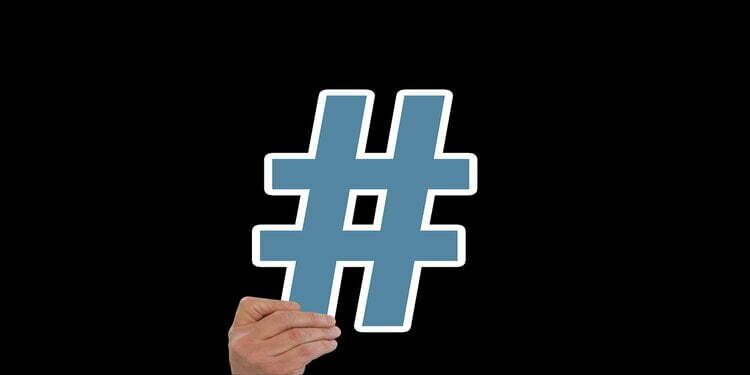 On the same subject :
5 Ways To Use Hashtags On Instagram
You see them everywhere. #instagood, #photooftheday, #happy, #cute, #love, #tbt. A common…

In its early years, Twitter used a simple timeline structure that showed the freshest content first, and for the longest time, it worked because Twitter is a microblogging site meant to be very dynamic. However, as its user base grew, there were just too many Tweets to keep up with, and there was real concern that much of the hard work that marketers were putting into their social media strategy was going unnoticed.

So Twitter did a major algorithm overhaul in 2017 using factors like the types of topics and accounts that a user engages with to personalize their timeline. Recency remains an important ranking signal but there is also engagement, the type of media in the Tweet and how active a user is. To stay relevant, you should:

This is always going to be an important one. On a platform where an average of 6000 Tweets are sent every second, a consistent posting schedule spread throughout the day is important to maintain an active presence but also to increase the chances that your audience sees your posts. In fact, a study by Pew Research Center suggests that tweeting goes hand-in-hand with increased engagement with the most active accounts getting 70 times more favorites.

3. Use the right content types and formats to get your message across

And finally, a boost in engagement can boost how your content ranks on Twitter and  we all know videos, GIFs, images and polls get more engagement. This is why rich media is one of the things Twitter considers when ranking content: Users are more likely to engage with them. In fact, according to Twitter data, Tweets with GIFs receive 55% more engagement and those with videos get 10 times more engagement.

Like parent company Facebook, Instagram has been on a mission to personalize users’ feeds, calling it seeing the “Posts You Care About First”. The ranking signals are very similar to Facebook, including interest, relationship, recency and frequency. Of those, many have to do with engagement metrics like how much a user is expected to care about a post and how the user is related to the creator.

The rationale is that if a user frequently likes or engages with content from a specific creator, it might signify a real-life connection and these posts are prioritized. On Instagram, engagement can also extend to accounts users search for or send messages to, so to stay Instagram-relevant, consider:

Instagram is all about great content, visually striking, real and conversational rather than a broadcast. To get more engagement, think bold colors. breathtaking visuals, and the sort of content that gets people to stop in their tracks. Like posts with faces get more likes, as do inspirational quotes, posts about animals and behind-the-scenes. You should also consider your photo quality; It should be professional.

You might think captions are not important on Instagram, but they are, encouraging interactions but also showcasing your wisdom. This is especially true if they include tags or a question, encouraging conversations which are a positive signal to Instagram’s algorithm.

This one had to be on the list because nothing drives engagement quite like user-generated content. Social media users love to cheer and show enthusiasm for the brands they support; You just have to give them a reason to. And if you want to go one step further, you can choose to reward that enthusiasm with a contest or a giveaway.

How To Use Twitter For Business – All The Different Ways